In order to offer you a pleasant online experience, we use cookies on this website. By continuing to browse https://www.lumma-design.com, you agree to the use of cookies. In our Datenschutzerklärung you will learn more about the use of cookies and how you can object to their use. 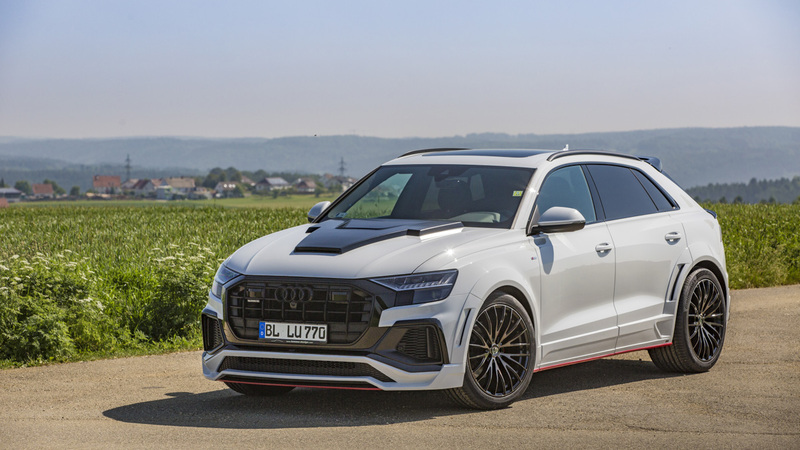 Roughly one year ago, the Q8 also steered Audi into the booming market for luxury
SUVs with coupé-like tails. This market had previously been dominated by the
“founder” of this vehicle sector – the BMW X6, as well as the Mercedes Benz GLE
Coupé.
And just like its competitors, the Audi Q8 already has an imposing, virile presence:
a striking silhouette with a large radiator grille, broad fenders and a massive tail
characterize its appearance.

But, as expected, for the styling specialists at LUMMA Design based in
Winterlingen in Swabia, this was not enough. And so, Horst Lumma and his team,
who have been one of the first ports of call for highly exclusive vehicle
customization for over three decades, gave the Audi a wide, tailor-made
aerodynamic package that is extroverted and elegant in equal measure, pushing
the Q8 one rung higher on the evolutionary ladder – up to the LUMMA CLR 8S.

The LUMMA CLR 8S exterior program includes not only the noticeable wheel arch
enlargement on the front and rear axles, but also a front spoiler extension and
engine hood attachment. The latter is also suitable for the Q8 series vehicle without
the complete CLR 8S kit. On the way to the tail, the eye of the viewer sweeps over
an aesthetically perfectly matching set of side rocker panels. At the rear, you will
find not only a bumper apron with a diffuser, which seamlessly incorporates the four
tailpipe trims, but also a roof spoiler and a three-part rear spoiler lip – both of which
can also be used “solo” in the Q8 series vehicle.

The new aerodynamic components for the Audi Q8 from LUMMA Design are
manufactured from high-quality materials “Made in Germany” and have the option
of being refined with visible carbon fiber. They are already available.

In order to adequately fill the widened wheelhouses, LUMMA Design are also
offering two of their own alloy wheel sets: The LUMMA CLR 22 LX rims give the
CLR 8S an elegant appearance, and their visual impact is achieved by ten brushed
filigree V spokes that converge on the center. For the CLR 8S, the CLR 22 LX rims
are 10x22" and 12x22" and come with 285/40R22 tires at the front and 325/35R22
tires at the rear.

The LUMMA CLR 24 RS wheel – specially developed for high-tech SUVs and with
a matt-black multicomponent look and central locking style – is even bigger and has
a motorsport aesthetic, and is available in the sizes 10.5x24" and 13x24", combined
with 295/30R24 and 355/25R24 tires.

To cap it all off, the LUMMA Design team of highly qualified Audi Q8 specialists
also has a wide array of fully tailorable upgrades for the interior on offer as well as
performance enhancements for the 231 hp to 340 hp diesel and petrol engines
available in the range. 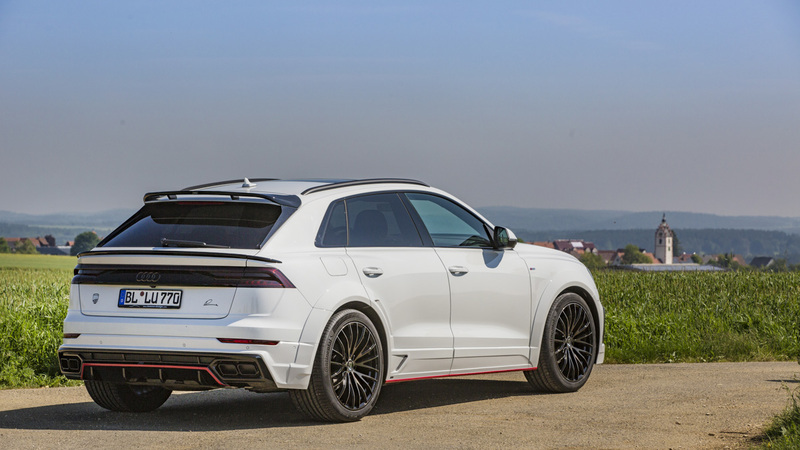 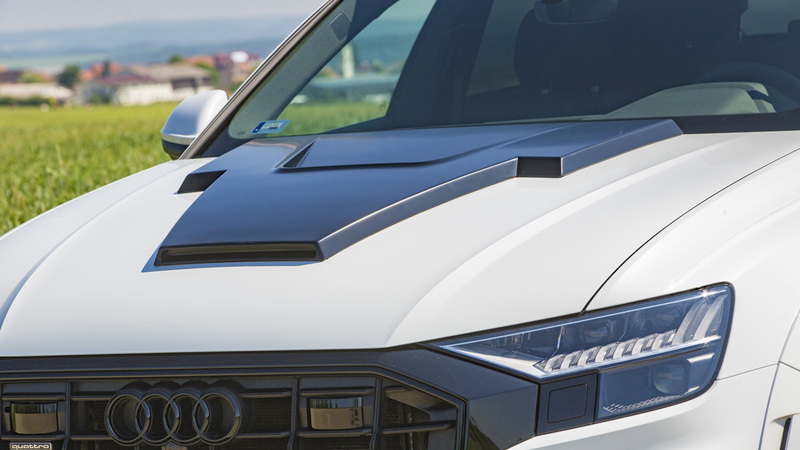 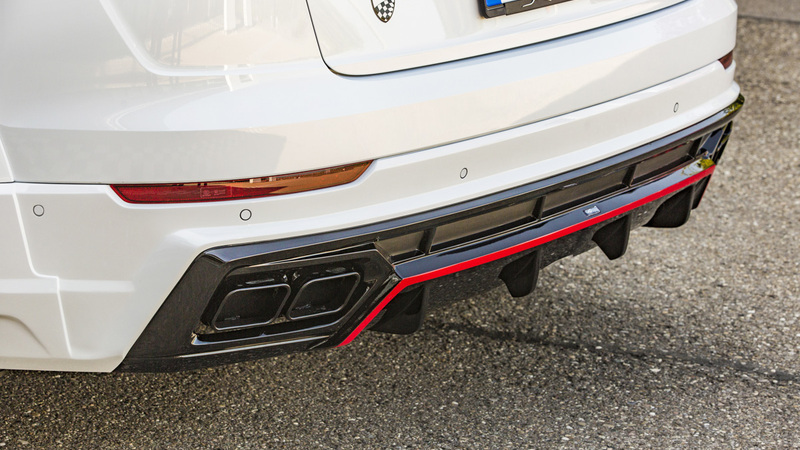